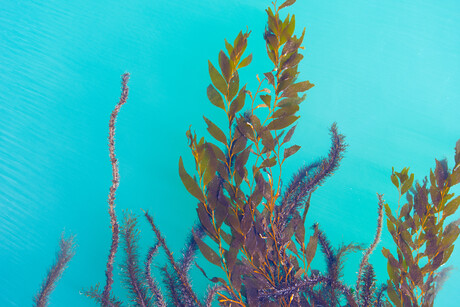 The release of an Australian Seaweed Industry Blueprint outlines plans for a $1.5 billion Australian seaweed industry that could employ 9000 people and reduce greenhouse gas emissions by 10%.

The Australian seaweed industry plans to be a $100 million plus industry in the next five years, with investors and entrepreneurs lining up to get involved in seaweed to make money and make a difference by reducing emissions, improving ocean health and creating jobs in regional areas.

Published by AgriFutures Australia, the Blueprint offers current seaweed producers the foundations needed to mobilise industry development and realise the opportunities in sight.

“We’ve consulted with industry and identified a $100 million plus opportunity for seaweed over the next five years, with potential to scale to $1.5 billion over the next 20 years. This will create thousands of jobs in regional towns and reduce Australia’s national greenhouse gas emissions significantly,” she added.

The opportunity for an Australian seaweed industry has important economic, environmental and social impact factors. Just one of the native seaweeds found off the Australian coast, Asparagopsis, has been shown to reduce methane emissions from cattle to almost zero when added to their feed. This is significant given around 10% of greenhouse gas emissions in Australia come from the digestion process of cattle.

Recent media coverage has revealed major investors such as Andrew Forrest, Woolworths and GrainCorp have invested in Future Feed, a commercialisation of the Asparagopsis feed additive pioneered by the CSIRO.

“This single use for seaweed is incredibly exciting,” Kelly said, “but it is just the tip of the iceberg, as the research into bioproducts from native Australian seaweed species has potential to contribute to global health and nutrition while adding significant value to the Australian economy.”

The future of the industry will rely on significant expansion into ocean cultivation of native seaweeds and development of high-value nutritional products for humans, animals and plants.

The report also highlights the role of state government aquaculture policy and processes and R&D funding as critical to support early-stage industry development.

“Seaweed has enormous potential and AgriFutures Australia is proud to be supporting industry growth as part of our Emerging Industries Program,” McCue said.

“We encourage seaweed producers to consider the opportunities outlined in the Blueprint and look forward to facilitating ongoing collaboration between research organisations, government and investors to realise the industry vision of becoming a high-tech and high-value sustainable industry that will support thriving oceans and coastal communities.”

Woolworths Group has partnered with CWP Renewables on a 10-year agreement to purchase power...

The team's latest design can be run under strongly acidic conditions, which reduces undesired...