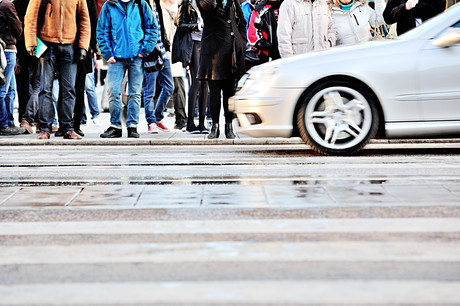 Does car ownership really give us freedom? According to University of South Australia urban planning researcher Hulya Gilbert, maybe not.

More than half of Australian households own two or more motor vehicles, with only 7% of the population reported to own none.

Despite cars being marketed as providers of freedom and idyllic lifestyles, Gilbert argues that there are growing reasons to question the cost of that freedom, and even challenge whether it is freedom at all.

“There’s obviously the environmental impacts, and the health and fitness consequences of using cars, but there’s also a huge social impact,” she said.

“Despite the common view across the world that cars provide freedom and flexibility, increasingly we’re seeing the priority given to cars is infringing people’s ability — and right — to get around without one.

“That’s especially true of children, and the more we build our cities around cars, the more we rob kids and teenagers of opportunities to enjoy some independence and develop self-reliance.”

Gilbert’s research indicates that current transport discussions are based on the assumption that most people travel by car, which has dictated the design and location of key places in children’s lives such as schools and sporting clubs.

She explained that once our cities are built that way, it’s hard to move outside the plan.

“In many situations we have planned that possibility out of cities, and now it’s just not safe or practical for children to ride or walk to the places they need to go — so much so that there are now perceptions that parents who do let their kids ride or walk are being negligent.”

Gilbert said that — to reverse this trend — urban planners need to change the priorities. Despite a growing interest in alternatives to the private car across the world, Gilbert’s research suggests we’re unlikely to see large-scale shifts in travel behaviour unless we make the required changes to infrastructure first.

“That involves building and maintaining safe walking and cycling paths and associated infrastructure including green spaces, trees and pedestrian crossings, and reducing speed limits and traffic flow around those areas to ensure they’re safe.

“It also means ensuring public transport is connected to those active transport networks and that key locations such as schools and sports clubs are located so they’re accessible by those modes.”

Gilbert explained that developing these networks will not only benefit children and teenagers, but also help other social groups currently disadvantaged by being unable to drive, including the elderly as well as vision-impaired and lower-income earners.

URBAN HUB — an interactive platform for people working on the future of cities and mobility — has outlined that although it’s a long road to a world with fewer cars, steps can be taken to begin the process.

URBAN HUB described some ways that cities can begin on the road to less traffic:

“At the moment, our cities and societies are set up based on the idea that having a licence and owning a car is the norm, and we often consider the lack of car ownership as a disadvantage,” Gilbert said.

“Our right to move around our cities without a car is not commonly considered.

“Now, even though it’s the case that most people have access to a car and travel by car in cities such as Adelaide, planning and thinking as if they don’t would open up many possibilities and opportunities which would accelerate progress towards less private car usage and the associated, wide-ranging benefits.”

The economic slowdown associated with COVID-19 is demonstrating how much human activity is...

The imminent death of fax?