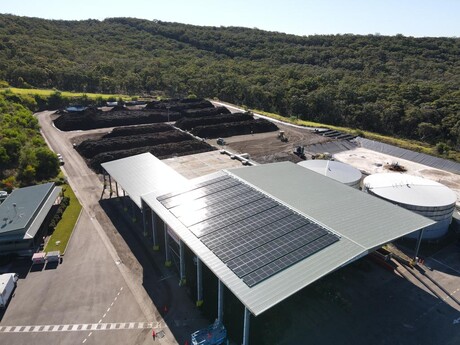 REMONDIS Australia has announced that it will be relying on solar power generation for its facilities across the country, implementing plans to double its renewable energy generation capacity this year, with the goal of sourcing all electricity in this manner by 2025.

Solar panels have already been installed at the company’s Springmount site in Queensland and its Awaba and St Marys sites in NSW. Its locations in Rocklea and Northgate in Queensland, Dandenong South in Victoria, Wingfield in South Australia and Henderson in Western Australia will soon be fitted with new solar electricity infrastructure.

Additionally, REMONDIS is already relying on solar in two depots, in Port Macquarie and Unanderra in NSW, and others may join the growing list of facilities using the sun for energy generation. The photovoltaic systems were installed by Atlas Renewables.

The company plans to increase its renewable energy generation to over 3 MW and the plan to embrace solar electricity is driven by its Sustainability Objectives and Targets, which align with the UN Sustainable Development Goals.

“We take a lead on green practices when it comes to managing waste, and we also achieve our sustainability goals through in-house measures,” REMONDIS Australia National Technical Manager Amir Tadros said.

“Given that we’re a major industrial operator with sites all around Australia, shifting towards solar electricity use is a no-brainer. Reducing our reliance on grid supplied energy is good for reducing greenhouse gas emissions, and it’s good for us, too.

“As a major industrial operator within Australia, it is important to target reductions in the full scope of REMONDIS’s greenhouse gas emissions to help reduce not only our own environmental impacts, but also those of the customers we serve.”

Also being introduced by the business will be measures to capture gases from its Swanbank Landfill in Southeast Queensland and use them to generate more electricity.