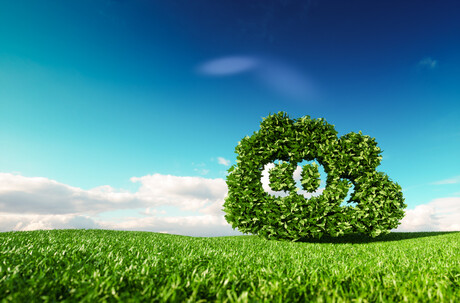 On 24 August, the approval of two offshore greenhouse gas storage (both carbon capture and storage, and CCUS) sites was announced by Resources Minister Madeleine King at the Northern Territory Resources Week. These are the first such sites approved since 2014.

The permits were granted to a joint venture between INPEX, Woodside Energy and TotalEnergies in the Bonaparte Basin and Woodside in the Browse Basin. The three companies are members of CO2CRC.

“Australia has the capacity to continue to be an energy export leader, at the same time as developing a domestic offshore carbon capture and storage (CCS) industry. CCS is a safe, key proven technology that can support the petroleum sector in its low carbon transition,” King said.

“As we continue to take action to reduce emissions, I will work to ensure Australia remains an attractive destination for investment while maintaining our position as a world leader in the resources sector.”

CO2CRC has welcomed the announcement and its CEO Dr Matthias Raab said that CCUS would play an important part of Australia meeting its emissions targets.

“This is a clear signal that the Albanese government is committed to their target of 43% emissions reduction by 2030. CCUS is a proven, safe, large-scale emission reduction technology that will enable Australia’s industry to transition to a net-zero future,” Raab said.

“We are delighted that Minister King has acknowledged that CCUS has a substantial role to play in driving Australia towards a lower emissions future. CCUS is a very significant option for certain industries to drive down their emissions permanently and immediately at a competitive cost.

“Geological storage of carbon dioxide allows emission abatement at scale. It is immediate and permanent and we are building technology for very large emission reductions.

“Australia is well positioned to be at the forefront of the global scale-up of CCUS technologies. It has some of the world’s best deep sedimentary basins in which to store carbon dioxide, an internationally recognised resources industry, ready access to the latest CCUS technologies, expertise, and globally renowned researchers.

“CO2CRC congratulates its industry member companies Woodside Energy, TotalEnergies and INPEX on the award of the Greenhouse Gas Permits and echoes Minster King’s comments that it is time to put the talk of CCUS into action.”

CO2CRC operates the Otway International Test Centre that it uses for CCUS purposes, including providing trials and demonstrations for business and scientific institutions. The organisation is also working to produce low emissions technologies, and collaborated with the CSIRO on the Underground Hydrogen Storage (UHS) study.