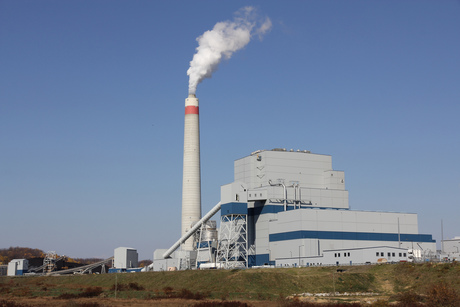 Longview Power has rehabilitated its 700 MW power plant in West Virginia, US, transforming an operation previously beset by frequent outages and poor performance into what is said to be one of the cleanest, most efficient coal-fired plants in the country. Emerson contributed to the turnaround by providing automation technologies and services that help Longview provide enough electricity to power more than 500,000 homes.

A global team of Emerson automation experts worked to replace Longview’s existing control system with Ovation technology that manages operations across the plant. The automation work was completed in only 13 months, nearly twice as fast as a typical project of this scope — a feat that Emerson and Longview believe has never been done before.

“Emerson’s ability to manage this comprehensive automation project within a very aggressive time frame was instrumental in helping us bring the plant back online and generate electricity as quickly as possible,” said Steve Nelson, Longview’s chief operating officer. “Since we began using the new Ovation controls we’ve experienced drastically improved plant stability, enabling us to provide more reliable power to the grid — and generate more revenue.”

Availability has risen to over 98% and net generation has increased by more than a third — all while using less fuel than before and producing 15% lower carbon dioxide emissions than the average US coal-fired power plant, according to the companies. Longview also expects to save $3 million per year by avoiding unplanned outages.

“Longview is a new generation of coal-fired plant that meets today’s needs for cleaner, more efficient and reliable power,” said Bob Yeager, Emerson’s president for Power & Water Solutions. “We appreciate this opportunity to have worked with the Longview team in achieving such impressive results.”