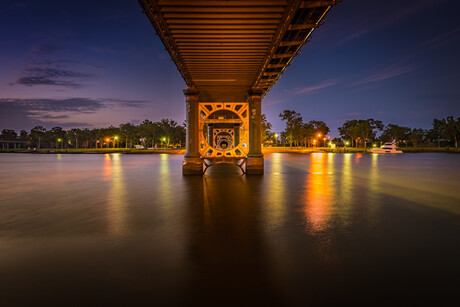 A multimillion-dollar carbon capture renewable energy venture has been signed to produce green hydrogen and ammonia for export and domestic use in Bundaberg, Queensland. The joint venture between Clean Holdings and Singapore-based CAC-H2 is looking at bringing long-term investment in excess of $400 million to the project.

CAC-H2 is already developing a hydrogen plant in the Hunter Valley of NSW, using waste wood and sustainable forestry biomass to create green hydrogen. The Bundaberg project will be similar except that it will include the development of a deep-water wharf specifically for large-scale production of green hydrogen to be exported to Japan and South Korea.

The plant’s capacity is expected to produce up to 30,000 tonnes per annum of green ammonia. The development also includes hydrogen production for domestic use to support a clean energy ecosystem in Bundaberg and help decarbonise the state.

Clean Holdings Chief Executive Ken Mathews said Bundaberg is set to become a major renewables hub and a key centre for the growth of the hydrogen economy.

“We have already started to develop the various sites for our hydrogen production facilities,” he said. “We are grateful to the forward thinking of the Queensland Government and the Bundaberg Council, who have recognised the massive economic and environmental benefits of this project.

“With the global sugar market contracting, there is a need to stimulate local business and to provide new employment and training opportunities to locals.”

“We have developed a unique circular model that will include working with the sugar cane industry and local farmers to utilise the waste biomass from agricultural activities,” Davies said. “This will have positive opportunities for economic development emissions reductions and stronger collaboration in business.”

Davies says sugar cane and local farmers could not only supply their waste material as a feedstock for the hydrogen plants but will also have access to large quantities of biochar, biofuels and wood vinegar as by-products of the gasification process.

“The blending of biochar and wood vinegar makes it a promising tool for regenerative agriculture and pest control,” he said.

The venture will be located within the Renewable Energy Zone (REZ) of the Bundaberg State Development Area, which was declared in February 2017 in response to the growing demand to land for port-related and industrial activities around the Port of Bundaberg. Mathews said the State Development Authority (SDA) action had assisted in making Bundaberg an attractive destination for the new hydrogen venture, with the port facilities making it a perfect site for the group’s export plans.

The construction of the hydrogen and green ammonia facility is expected to commence as soon as possible, with first hydrogen production as early as December 2022. Additional deep-water ports have been identified around Australia to expand production.