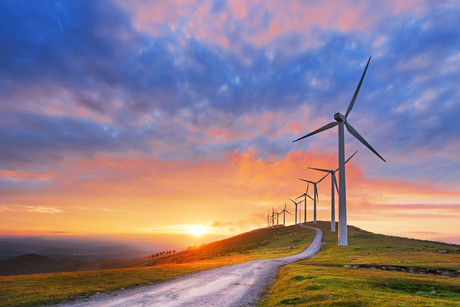 A Business Renewables Centre Australia (BRC-A) report reveals that 70 leading Australian organisations have switched to renewable energy in the past two years, procuring nearly 2.3 GW of electricity — enough to power about 1.3 million homes.

The State of the Market report for corporate renewable PPAs found a total of 58 renewable power purchase agreements (corporate PPAs), involving 70 organisations, had been negotiated by Australian energy buyers since 2017, with 70% of investment made with new solar and wind farms.

Under a corporate PPA, electricity buyers agree to buy power from a renewable energy project (currently solar or wind farms) at a fixed price over a longer term.

The report found many other organisations are investigating or negotiating corporate PPAs, estimating that just under 500 MW of corporate PPA deals are already in the pipeline.

“Energy buyers would like to see stronger government policy to create more stability in the energy market, as this is a key barrier to the further growth of corporate PPAs,” said Monica Richter, WWF-Australia Senior Manager, and Low Carbon Futures and Project Director at BRC-A.

Over 40,000 MW of solar, wind and battery storage projects are also looking for a buyer, but government policy uncertainty is proving to be a barrier.

BRC-A is a collaboration between WWF-Australia, Climate-KIC Australia and the Institute for Sustainable Futures at the University of Technology Sydney (UTS).

“As a founder of the BRC-A, we are encouraged by the explosion of interest in renewable energy, with more than 240 member organisations joining in the first year,” O’Gorman said.

“Corporate buyers are putting their money where their mouth is and it’s time for our governments to step up and provide strong renewable energy policies to match the corporate interest.

BRC-A Technical Director and Research Principal at the UTS Institute for Sustainable Futures Christopher Briggs said, “Until recently, solar and wind farms needed a power purchase agreement with a retailer to get built, but the growth of corporate renewable PPAs has opened up a vital new source of investment in renewable energy.

“The emergence of corporate PPAs is proving crucial in driving the energy transition in Australia and helping to realise the nation’s climate change targets.

“Across the Australian economy, manufacturers, farmers, councils, banks, universities and a range of other industries have negotiated corporate renewable PPAs to reduce their emissions, get more control over their energy bills and reduce price volatility.

“While large corporate buyers led the way in the early deals, there has also been a series of deals with smaller and mid-sized buyers — like schools, vineyards and even the Sydney Opera House,” Briggs said.

The City of Sydney has switched to 100% renewable electricity, generated from wind and solar...

Can residential solar be better integrated into electricity networks?

A report reveals that technologies are required to address power quality issues caused by...

UNSW has entered into an agreement with Dutch electric bus manufacturer Ebusco, aiming to boost...