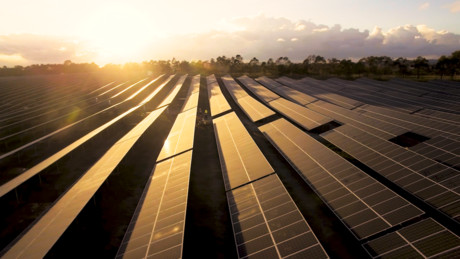 The City of Newcastle is reinventing itself as a renewable energy powerhouse, with the local council driving the community’s clean energy uptake.

The Climate Council’s Cities Power Partnership has released footage of how the City of Newcastle, businesses and individuals are pioneering a clean energy future and reshaping the reputation of a once coal-dominant town.

“Newcastle has always been an industrial town. First it was coal, then it was steel and now it’s renewables,” Newcastle Deputy Lord Mayor Declan Clausen said.

“This community is hungry for clean economic and growth opportunities that will ensure a healthy and resilient future, and quite frankly, that’s clean energy technology like solar and wind.”

The City of Newcastle is a founding member of the Cities Power Partnership and is recognised as a local government leader in Australia’s renewable energy transformation.

Cities Power Partnership Director David Craven said the City of Newcastle has set the benchmark as a local government leader in embracing 100% renewables.

“Who could have predicted that a local government of an industrial town known for coal and steel would be one of the first in the entire country to move to 100% renewable energy?” Craven said.

While working towards its 100% renewable target, the City of Newcastle initiated projects including solar panels on council-owned buildings, switching to sustainable public transport, introducing electric vehicles to the council’s fleet, and electric vehicle charging infrastructure at strategic locations throughout the city.

The Summerhill Solar Farm is the largest and most substantial large-scale solar project that the City of Newcastle has invested in to date, equipped with 14,500 solar panels — enough to provide clean power for 1300 local homes.

“Every cent saved in our electricity bills as a result of these projects is more money that we can invest back into important community infrastructure and make Newcastle a more livable place for everybody,” Clausen said.

Alongside the council, local hubs like the Carrington Bowling Club have joined forces with their members and community to sponsor solar panels for the club’s roof. The club now saves between $1000 and $1800 every month on electricity.

“It’s clear that the Newcastle community and council are stepping up to deliver decisive climate action, and are ready for a clean future beyond coal,” Craven said.

“What they need now is the state and federal government to get on board and set up a clear policy direction to protect workers and communities, and accelerate the transition away from fossil fuels.”