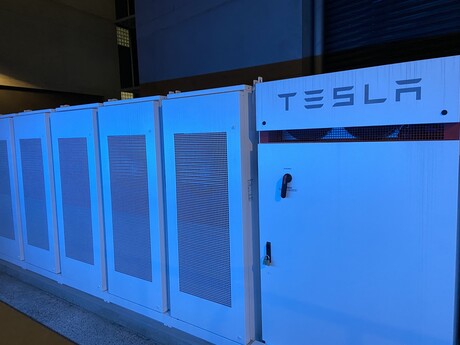 UQ Energy and Sustainability Manager Andrew Wilson said savings from the university’s solar panel installations had fully funded the $2.05 million battery system. The battery was a key step in allowing UQ to start trading directly in the national wholesale electricity spot market this year, with the commissioning of the $125 million, 64 MW Warwick Solar Farm this year completing UQ’s transition into an energy market player that is both a large energy generator and consumer, known as a ‘gensumer’.

“We developed a custom-control algorithm for the battery that enables us to automatically buy and sell power 24 hours a day,” Wilson said.

“It charges our battery when clean energy is abundant and prices are low, and discharges when prices are high — often during the evening peak.

The university has published details about the savings achieved in the battery storage system first quarter of use in a report titled ‘The business case for behind-the-meter energy storage — Q1 report on UQ’s Tesla Powerpack battery’, which can be downloaded from https://sustainability.uq.edu.au/.

Image caption: When charging, UQ’s battery bank is lit green. When discharging, it lights up blue. Image courtesy The University of Queensland.