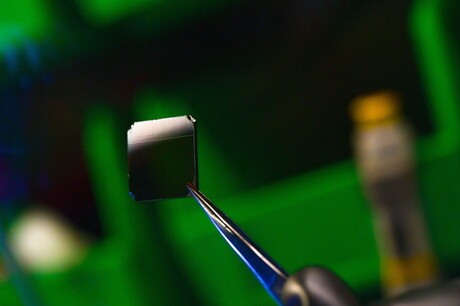 Rice University engineers have achieved a new benchmark in the design of atomically thin solar cells made of semiconducting perovskites, boosting their efficiency while retaining their ability to stand up to the environment.

The lab of Aditya Mohite of Rice’s George R. Brown School of Engineering discovered that sunlight itself contracts the space between atomic layers in 2D perovskites enough to improve the material’s photovoltaic efficiency by up to 18%.

Perovskites are compounds that have cubelike crystal lattices and are highly efficient light harvesters. Their potential has been known for years, but they present a conundrum: they’re good at converting sunlight into energy, but sunlight and moisture degrade them.

“A solar cell technology is expected to work for 20 to 25 years,” said Mohite, an associate professor of chemical and biomolecular engineering and of materials science and nanoengineering. “We’ve been working for many years and continue to work with bulk perovskites that are very efficient but not as stable. In contrast, 2D perovskites have tremendous stability but are not efficient enough to put on a roof.

“The big issue has been to make them efficient without compromising the stability,” he said. 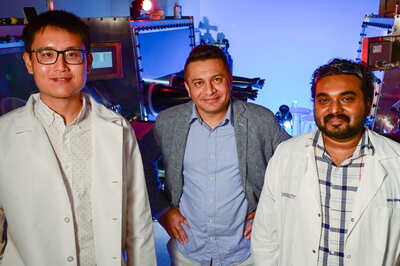 The Rice engineers and their collaborators discovered that in certain 2D perovskites, sunlight effectively shrinks the space between the atoms, improving their ability to carry a current.

“We find that as you light the material, you kind of squeeze it like a sponge and bring the layers together to enhance the charge transport in that direction,” Mohite said. The researchers found placing a layer of organic cations between the iodide on top and lead on the bottom enhanced interactions between the layers.

The results showed that after 10 minutes under a solar simulator at one-sun intensity, the 2D perovskites contracted by 0.4% along their length and about 1% top to bottom. They demonstrated the effect can be seen in 1 minute under five-sun intensity.

At the same time, the nature of the lattice made the material less prone to degrading, even when heated to 80°C. The researchers also found the lattice quickly relaxed back to its normal configuration once the light was turned off.

The research appears in Nature Nanotechnology.